Throughout the history of television shows and movies, there are a number of smoking characters that have made their mark in the public’s mind.  Sometimes, it is about the whole character that will make its mark, but other times it can take just a single scene to be unforgettable.  To the viewers’ mind their smoking characters will always hold a certain distinction. 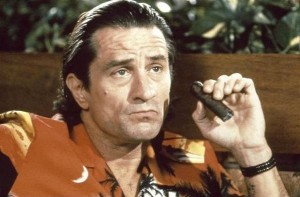 Robert de Niro took on the role of a tattooed, cigar-smoking psychotic rapist in the movie “Cape Fear”.  De Niro is actually seen in his other movies smoking a cigar such as “Goodfellas” but makes his mark in this one because of the character’s intensity.  De Niro’s character reportedly smoked a Casa Blanca Half Jerobaum Maduro for his Max Cady role. 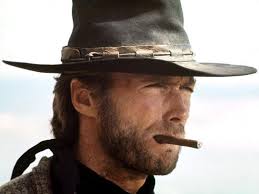 Clint Eastwood was “the Man with No Name” in the western movie “A Fistful of Dollars”.  Eastwood’s laconic performance catapulted the character to the coolest stature ever.  No Name is characterized by a poncho, sparse words, and a cigar.   It is interesting to note that Eastwood is a non-smoker and didn’t even like the idea of smoking cigars for the movie.  He later admitted that the cigar put him in a certain mood fit for his character. 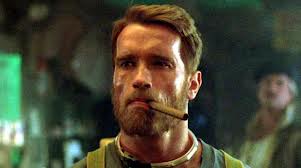 Arnold Schwarzenegger smoked cigars endlessly in the Running Man.  This movie about the future America had Schwarzenegger mouthing all sorts of witty dialogues while killing the bad guys.  The cigar smoking was just one of the chosen differentiating factors for this character created by Stephen King a.k.a. Richard Bachman. 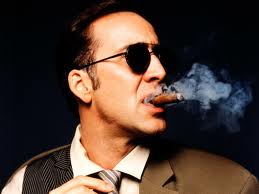 Nicholas Cage plays the role of Yuri Orlov in the movie “The Lord of War”, who is the close approximation of post-Soviet arms dealer Viktor Bout.  The sporting of the cigar is probably to complete the image of an illegal arms dealer and an opportunistic businessman.  After all, there was a point in time that cigar came with a picture of a well-dressed, suave man. 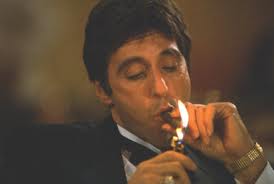 Al Pacino is said to have portrayed a real character in enacting the role of Tony Montana in the movie “Scarface”.  Cigar smoking came with the territory of the character of a high-profile Cuban drug dealer.  Pacino incidentally, has made a mark playing mobster roles.

When old movies are seen in cable, viewers come across many movies that show characters in their smoking glory.  The movie world is now being discouraged from “glorifying” smoking.  Smoking for some time has been highly glamorized in movies. Find the best cable TV service through Cable TV Advisor and start watching these movies and your favorites. 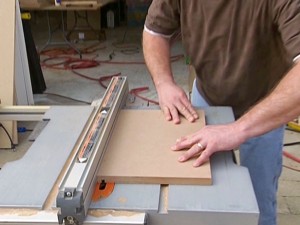 Cigars have to be stored properly for them to retain their flavor. Â The traditional storage boxes of cigars are called humidors. Â A quality humidor is not exactly cheap so those who think they are up to the task may consider making their own homemade humidor.

The easiest homemade humidor is made up of an airtight plastic container. Take note that the emphasis here is the word airtight. Â Anything less is unacceptable. Â The ideal size is one that will comfortably fit at least two wooden boxes of cigars with space to spare. Â A digital thermometer must be attached inside the container through the use ofÂ Velcro and it must be positioned in such a way that it can be seen from outside the container even when it is closed. Â It is necessary toÂ consistently check that the rightÂ temperatureÂ is maintained inside. Â A slightly damp sponge has to be placed on one side away from the boxes of cigars. Â A plastic humidor is not recommended for long-term use since plasticÂ tendsÂ to retain more moisture than the ideal humidor environment.

A homemade wooden humidor is a better option but will require some woodwork skills. Â There area actually many do-it-yourself humidor kits available in the market. Â Aside from woodwork skills, completing this project would require specific equipment. Â Dimensions can be adjusted depending on personal preference. Â In lieu of cedar linings which may not be readily available, linings from Spanish cigar boxes can be used. Â To complete the humidor, a digital hygrometer and humidifier are also needed.

Teresa is a researcher-writer who covers a wide range of topics in search of useful information.

To make a cigar experience worth your while, you must know how to buy the right one.Â  Cigar have so many variants to choose from that it is impossible to say if a person with no previous experience with cigar would like his/her first try.Â  It would be advisable to ask the recommendation of a local tobacconist who understands the differences in the variants.

Newbie cigar smokers can get easily overwhelmed by the sheer number of choices. Â It is impossible to make the right choice just by looks since the magic of cigar lies in the flavor. Â Since it is impossible to try each and every brand and variant, it would be wise to have a certain idea of taste preference. Â Most tobacco flavor variants are self-explanatory and are referred to in relation to food items. Â These include spicy, sweet, cinnamon, peppery, butterscotch, vanilla, apple, grape, and orange, among a very long list of cigar flavors. Â There are also other terms used such as cedar, woodsy, copper, and even leather.

For the first buy, newbies are advised to do it the old-fashioned way which is through actual physical inspection. Â Some of the things that can provide a clue to a cigar’s qualityÂ include freshness and color. Â Wrappers should not break when pinched. Â Cigars that are fresh have been properly stored in humidors which ensures maximized enjoyment. Â Inconsistent coloring of cigars in Â a batch may signify lack of freshness since this should not happen among cigars that have beenÂ manufacturedÂ within the same batch.

About the Author:
Teresa is a researcher-writer on a wide range of topics.