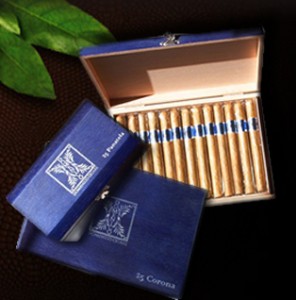 The credit crunch still bothering you? I wouldnâ€™t be surprised. Despite the positive aura that a lot of people had at the beginning of the year, things do not seem to be getting that much better. It seems that we still have to face the worst before things start looking up.

If you are having problems finding the money to enjoy your favorite cigar, I have an alternative for you â€“ Greek cigars. I actually read about these cigars from a report by the Associated Press, which talks about Domenico Cigars.

This company is based in Greece but their seeds are from Cuba. The people behind the company also have gotten their knowledge and other cigar making secrets from Cuba itself. As a result, their cigar quality is almost comparable to some of the best and most expensive cigars to be found these days.

Truth be told, the cigar industry in Greece is very young, a mere babe so to speak. The industry only started about 5 years ago in an area northwest of Athens. The climate in this area is hot and damp, making it similar to the Pinar del Rio region in Cuba. As such, it is not that surprising that the cigars produced in Domenico are garnering considerable attention.

Experts state that Domenico cigars do not really match the level of â€œrealâ€ Cubans. Despite the seeds being the same, the soil and weather conditions are not exactly alike. Still, people seem to like them and keep buying them. Maybe you should try one and see for yourself.