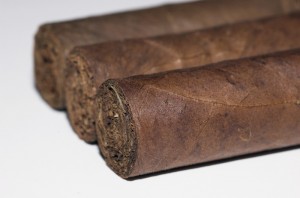 Everyone wants a Cuban cigar, and everyone knows that they are illegal in the United States. So unless you want to get charged for bringing in contraband, you cannot really enjoy the real deal.

Now what if I were to tell you that you have an alternative? I just heard of a new product from USACIG, Inc. and Hop-on, Inc. dubbed “The Electric Cuban Cigar(TM).” I am sure youâ€™re heard of similar products before â€“ we have even featured electric cigars in the past. The big difference that this new product offers is that it is supposed to taste just like Havana Hand Rolled Cigars.

To be honest, I am not quite convinced about that promise. It is hard enough to copy the authentic Cuban cigar experience with a â€œrealâ€ cigar â€“ the one that you actually smoke till only ashes remain â€“ how much more for an electric cigar? Still, the companies seem to be pretty confident. The president of Hop-on, Peter Michaels, says:

â€œWe are working with a couple of sources in Latin America that who have access to the authentic plants used in the making of the famous Havana Cigars. These plants were taken on a boat out of Cuba to another foreign country, carried by mules over hundreds of miles through treacherous mountains and ended up in the fields where we have access to. We will use the natural nicotine from the tobacco plants and capture the flavors of the world famous cigars. Because the US has a trade embargo with Cuba, we are forced to take these steps in order to provide the most authentic flavors. The Electric Cuban Cigar will come in a collector’s wooden box with 5 Cuban flavored cartridges. Smokers can enjoy the real Cuban cigar taste!”

For $199, I am not sure I am willing to chance it and get disappointed. Would you give this a try?

People today have different ways of expressing success and triumphs in any undertaking that they may find themselves in. Especially in task or work related activities, cigars are a common site to behold. Lighting a cigar at these times is a symbol of achievement and also relief for efforts invested in the course of investing much time and energy to achieve certain goals.

Cigars are rare today, and unless people are the standard cigar addicts, only a few can see people regularly smoking cigars in public. Cigars have become a preserved commodity, usually being lit and puffed during occasions such as a new job, new promotion or a closed deal with partners. Triumph has therefore been associated with cigars, a call to celebration and relaxation in most cases.

Cigars symbolize quality and achievement. Most people would not know why this practice is followed but nevertheless perform it on occasions that call for it anywhere in the world. 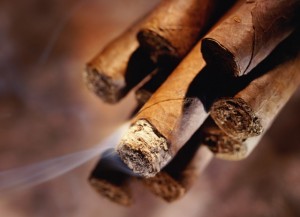