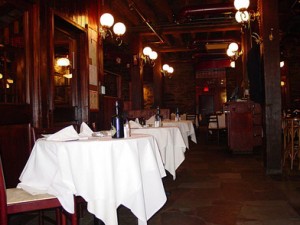 Cigar enthusiasts with money to burn should know about the planned cigar lounge in Alexandria in Northern Virginia. I am nowhere near the area but some of you might be interested in shelling out $5,000 for the membership plus $100 monthly. Yep, that figure is something else, isnâ€™t it?

From what Patrick of the Stogie Guys say, though, that money would be very well spent if one decided to become a member of CXIII Rex. He was given the privilege of going on a special tour of the lounge. The owners of the lounge are the same owners of the Landini Brothers restaurant, which is already well-established part of the Virginia-Washington scene. Due to the Virginia smoking ban, the brothers decided to come up with their own high end â€“ very high end â€“ cigar lounge that will be open to members only.

â€œâ€¦a well-stocked walk-in humidor, a selection of top libations and small-batch wines, ample seating, wireless internet, private humidor lockers, and the like. But this club, slated to open in late March, will also feature more luxurious accommodations. Included will be a state-of-the-art air ventilation system, an access-only elevator, an all-female wait staff, and a private cigar blend crafted by none other than Rocky Patel.â€

More than luxury, it seems to me that one will be impressed with the size of the establishment. It looks like the Landinis are really going all out with this project of theirs. Unfortunately for me, Iâ€™d probably never get around to seeing it.