The flavors of cigar can be generally classified as mild, medium, and full-bodied. Â However, this is definitely not the end of flavor description in relation to cigars. Â Describing the flavor of each cigar can be rather complex since it is rarely describable in a single word.

The parts of the cigar that are most responsible for the resulting flavor consists of the filler, binder, and the wrapper. Â Most of the flavor comes from the filler which is usually made of up 2 to 5 different tobacco variants. Â The binder which holds the cigar together is a piece of tobacco leaf which also has its own flavor. Â The wrapper likewise adds to the character and flavor of cigars. Â A sweeter, fuller taste is usually given by darker cigar wrappers while a milder taste is provided by lighter colored wrappers.

Many words have been used to describe cigar flavor and some may not be readily associated with cigars but rather with food flavor. Â Some of the more common descriptive words used for cigar flavor include sweet, bitter, spicy, peppery, woody, earthy, burnt, creamy, fruity, leathery, harsh, roasted, aged, and chewy. Â More specific descriptions include nutmeg, vanilla, cinnamon, apple, chocolate, nutty, chestnut, and cedar. Â There are actually a lot more that it would be impossible to come up with a final complete list since many new flavors are developed as new combinations of tobacco leaves are discovered.

Tasting of cigars is often compared to wine, tea, or coffee tasting. Â Cigar enthusiasts recommend a specific way of tasting the flavor which includes not only the sense of taste but also the sense of smell. Â There is also much attention given to the aftertaste which in cigar smoking should not be less enjoyable. 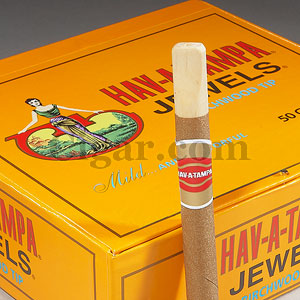 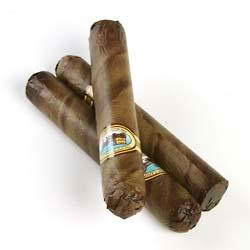 Cigars are often associated with strong and rich tastes, just like coffee. There are a few though who like milder flavors, while some just want to perk up their cigar smoking experience. I have tried a couple in the past and I must say that I enjoy the sweet and lasting tastes of chocolate and cinnamon. I have heard that there are flavors like appletini, mojito, amaretto, rum, vanilla and even fruity ones such as grapes, mangoes, watermelon and many more.

Just a tip though, experts say that flavored cigars should not be stored or aged, for the reason that its flavor may be lost, which is why humidors only serve as containers so that they are preserved and protected. Like cigarettes, never place flavored cigars with regular ones as they can absorb the flavors even if they are sealed and packaged. So the best thing to do is purchase a few flavored cigars for you to try. If you fancy a flavor and buy a box, then it is time to get another humidor for it.

Making your own flavored cigars is also a no brainer. All you have to do is place unflavored cigars in an air-tight container along with the flavor you want. For example if you want to use Irish cream, simply keep the shot glass there and let the liqueur evaporate until it is gone.Â Do not pour the shot on the cigars. Â It may take a few weeks before the flavor is absorbed, but it is worth the wait. If you roll your own, using flavored wrappers are another option for you to conveniently smoke away.