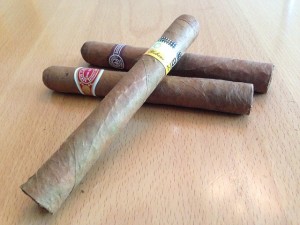 South Korea is undoubtedly one of the smoker-friendliest countries on earth. With one of the highest smoking rates in the world, a prevalence of attractive smoking advertisements, and cigarettes available nearly everywhere, it’s an easy city to light up in. According to the Ministry of Health, 25% of South Korean adults and 10% of teens are smokers- and an astounding 44% of adult men smoke.

There are possibly several reasons behind this: not only are cigarettes cheap in Korea, but apparently most of the men begin smoking during their military service, which is mandatory for all. Also noteworthy is the small number of adult women who smoke; it’s traditionally taboo for women to smoke in Korea, and a number of Korean women have taken to “smoking openly as a gesture of affirmative action”.

However, all of this could all change soon: the South Korean government has recently proposed a slew of anti-tobacco measures, which include an 80% price increase on tobacco products, requiring photographic warnings on packs of cigarettes, and introducing smoking bans in several public places.

Which is where we come in. Because cigars are smoked tobacco products, it’s going to get a lot harder to find places to smoke our beloved cigars in South Korea. 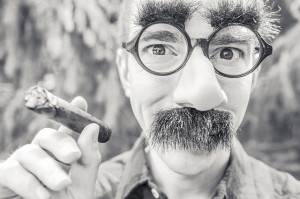 A good place to start online is looking through the archives of the Seoul Cigar Aficionado Society Blog– which, sadly, looks to be inactive now. Still, their list of cigar-friendly places is a great place to start.

We’ve heard good things about the BURN Lounge and Cigar Bar located at yongsan gu 305-7, which also features live jazz acts, and a good selection of wines and cocktails. The 3 Alley Pub is known as a “foreigner bar”, and is a lot more casual than BURN, but also cigar friendly.

To make a cigar experience worth your while, you must know how to buy the right one.Â  Cigar have so many variants to choose from that it is impossible to say if a person with no previous experience with cigar would like his/her first try.Â  It would be advisable to ask the recommendation of a local tobacconist who understands the differences in the variants.

Newbie cigar smokers can get easily overwhelmed by the sheer number of choices. Â It is impossible to make the right choice just by looks since the magic of cigar lies in the flavor. Â Since it is impossible to try each and every brand and variant, it would be wise to have a certain idea of taste preference. Â Most tobacco flavor variants are self-explanatory and are referred to in relation to food items. Â These include spicy, sweet, cinnamon, peppery, butterscotch, vanilla, apple, grape, and orange, among a very long list of cigar flavors. Â There are also other terms used such as cedar, woodsy, copper, and even leather.

For the first buy, newbies are advised to do it the old-fashioned way which is through actual physical inspection. Â Some of the things that can provide a clue to a cigar’s qualityÂ include freshness and color. Â Wrappers should not break when pinched. Â Cigars that are fresh have been properly stored in humidors which ensures maximized enjoyment. Â Inconsistent coloring of cigars in Â a batch may signify lack of freshness since this should not happen among cigars that have beenÂ manufacturedÂ within the same batch.

About the Author:
Teresa is a researcher-writer on a wide range of topics. 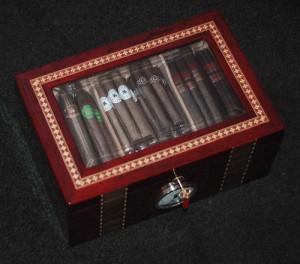 Storing cigars properly is important because it may compromise its taste and quality. Once it is left in the open, it will dry up just like a flower. Mishandled cigars may burn unevenly or faster than usual. They can have a strong bitter taste and even broken wrappers. Molds and insects also pose a problem. Prevent these by keeping cigars below the maximum temperature of 73F (23C) and within 68%-74% humidity. The ideal environment would be 70F (21C) and 70% humidity. Cigars that are not stored in a humidor must be kept in a sealed plastic bag with a damp towel. ?They often last a week or two, depending on the weather. Do not store them in the refrigerator, because they will lose their moisture. Although in some cases, it is acceptable to freeze them to avoid insect infestations.

Preferably cigars should be placed in a humidor, a sealed container which has a humidifying device that maintains its internal humidity and temperature by controlling the amount of air that flows in. They simulate the conditions of the tropics where the tobacco was cultivated, fermented and rolled. There are many types of humidors to choose from. It is best to invest in one with a lock or heavy lid that keeps it sealed. The size will depend on how much cigars you plan to keep and where you will place it. If you have a collection of cigars or are planning to collect then it is wise to purchase a large box. Small humidors and travel sizes are also available. Image from Brandt Kurowski