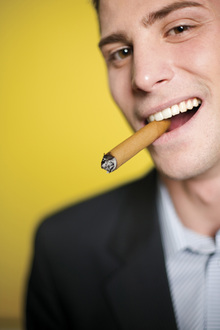 Cigars, just like wine will taste better if they are lit after some time. This is not to say that a cigar is not worth it if it is immediately lit by anyone who may have one. It is merely stating a fact that a cigar will improve in its taste and quality after some years of proper storage since this is how the tobacco leave contents prosper with regards to quality tasting cigars.

To some people, it would be best to check out the labels that they come with. The years specified in each box or label have a purpose and this is to show how long the cigar has been preserved thus for people to expect a higher quality taste for them.

Aging cigars may draw negative conclusions. But this would depend entirely on how educated the person who will be lighting the cigar is. There is no basis for waste when one talks about the length of storage a cigar has. The longer a cigar is kept, the better the taste it will provide once it is lit and smoked.